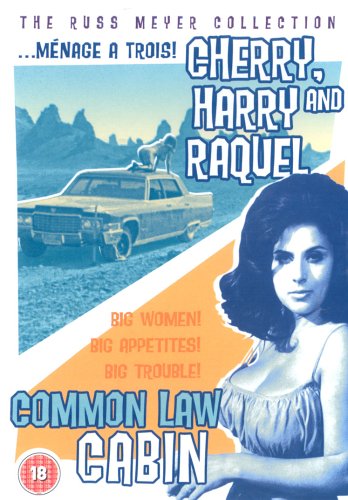 Common Law Cabin:
After stealing a fortune in unclaimed jewelry, ex-detective Barney Rickert arrives at a run-down dude ranch in Arizona to hide out. When the owner, Dewey Hoople, refuses to sell the land to Rickert, he proceeds to win over the female inhabitants by seducing them one by one which leads to one refusing his advances and a dangerous game played out wich Rickert ruthlessly sets out to get what he wants.
...Cherry, Harry & Raquel! / Common Law Cabin ( Megavixens / Three Ways to Love ) ( Big Six / Conjugal Cabin )
https://rapidgator.net/file/c32aa302b07a5ab622bb4770c328c2d5/xm5Yc4QDk.mkv.rar.html