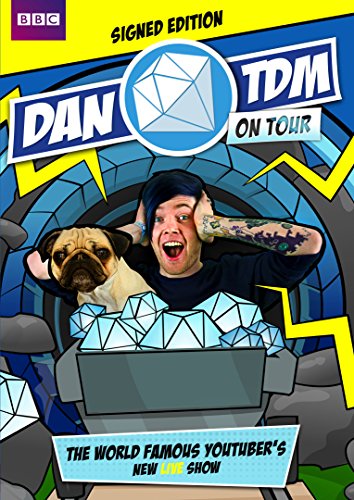 
Join YouTube megastar DanTDM on an epic Diamond Minecart adventure! Filmed at the Eventim Apollo Hammersmith, see Dan live in action with his pugs, Dr Trayaurus, Craig the Mailman and lots of other well-loved friends as well as a few audience members as they try to save the day, solving puzzles and playing games as they go.

Reversible sleeve draw your own inspired by Storyboards on tour program

O-Card of Release creates pop up stage for augmented reality characters to play on. Screen grabs can be taken on phone and uploaded using #DanTDMOnTour
https://rapidgator.net/file/13fb6555c8d5f603f073715c64ef2b8a/TMYS6H2e8.mkv.rar.html