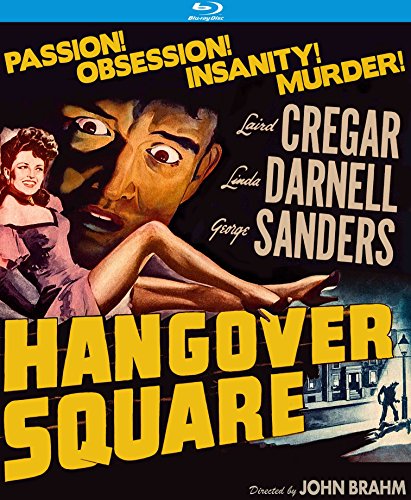 Brand New 4K Restoration! From the star and director of The Lodger - The great Laird Cregar (I Wake Up Screaming) gives a staggering nightmarish performance as an amnesiac London composer George Harvey Bone, who learns that a murder occurred during one of his blackouts and starts to worry that he himself may be the murderer. Although a Scotland Yard report proves his innocence, Bone's murderous streak reveals itself when a pub singer with ulterior motives betrays him. Featuring glorious black-and-white photography by Oscar-winner Joseph LaShelle (Laura) and startling direction by Hollywood veteran John Brahm (The Undying Monster). Also starring Linda Darnell (The Mark of Zorro), George Sanders (Witness to Murder), Glenn Langan (Dragonwyck), Faye Marlowe (The Spider) and Alan Napier (Driftwood), Hangover Square is a psychological chiller you won't soon forget.