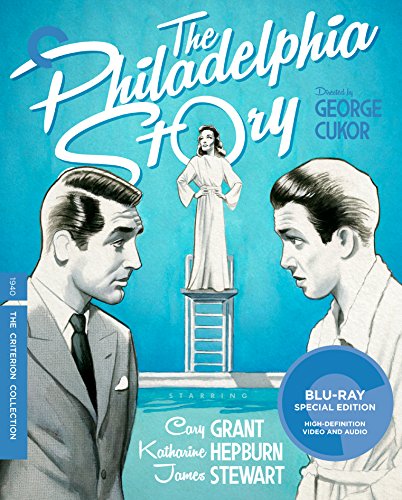 With this furiously witty comedy of manners, Katharine Hepburn revitalized her career and cemented her status as the era's most iconic leading lady thanks in great part to her own shrewd orchestrations. While starring in the Philip Barry stage play 'The Philadelphia Story', Hepburn snapped up the screen rights, handpicking her friend George Cukor to direct. The intoxicating screenplay by Donald Ogden Stewart pits the formidable Philadelphia socialite Tracy Lord (Hepburn, at her most luminous) against various romantic foils, chief among them her charismatic ex-husband (Cary Grant), who disrupts her imminent marriage by paying her family estate a visit, accompanied by a tabloid reporter on assignment to cover the wedding of the year (James Stewart, in his only Academy Award winning performance). A fast-talking screwball comedy as well as a tale of regrets and reconciliation, this convergence of golden-age talent is one of the greatest American films of all time.

BLU-RAY SPECIAL EDITION FEATURES
- New 4K digital restoration, with uncompressed monaural soundtrack
- Audio commentary from 2005 featuring film scholar Jeanine Basinger
- New introduction to actor Katharine Hepburn s role in the development of the film by documentarians David Heeley and Joan Kramer
- In Search of Tracy Lord, a new documentary about the origin of the character and her social milieu
- Two full episodes of The Dick Cavett Show from 1973, featuring rare interviews with Hepburn, plus an excerpt of a 1978 interview from that show with director George Cukor
- Lux Radio Theatre adaptation of the film from 1943, featuring an introduction by filmmaker Cecil B. DeMille
- Restoration demonstration
- Trailer
- PLUS: An essay by critic Farran Smith Nehme
https://rapidgator.net/file/0f57549e91f4da2b41f02a399f75d11a/IkyDqM91b.mkv.rar.html